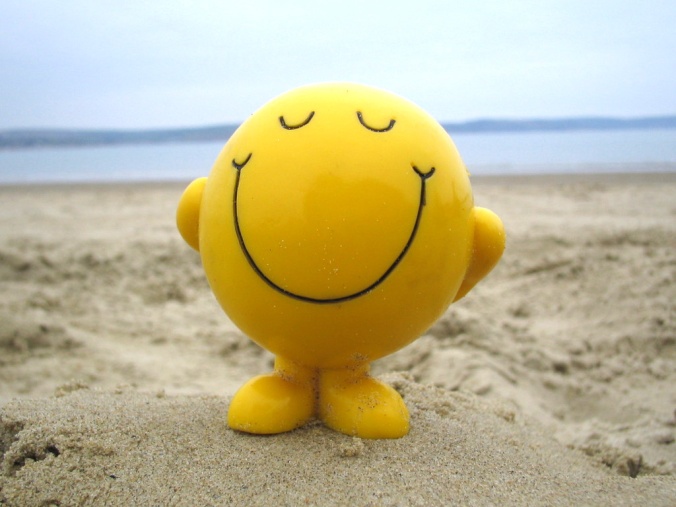 One morning last week, I had to remember  “the Losada Ratio”. I was feeling grumpy and annoyed. As I was struggling with my mindset, I remembered the positivity ratio that was  mentioned in  the book Flourish, written by Dr. Martin Seligman, which I have already posted about . I was going down to have breakfast with my son and I remember making a conscious decision to try  being more upbeat than stewing in my gloomy state.

A hint of a positivity ratio came from the work of John Gotten on  how to have stable marriages  and his analysis  of  those marriages. Dr Gottman could predict with a 90%  definiteness if a couple would stay together, because of his years of observing marital relationships.  The ratio of positive to negative statements helped make that prediction.

Marcial Losada is an organizational psychologist and she has also studied ratios of positive to negative. She used  Gottman’s idea of watching for ratios, pertaining to  business units, by watching groups of eight people as they developed strategic plans. Once again, the ratio of positive expressions to negative expressions clued in the researchers which teams would come out ahead, as “judged by both hard numbers like profitability, and soft numbers like evaluations by colleagues and superiors.”

“The study which finally brought the positivity ratio to its current level of popularity came from the field of positive psychology, from the research of Barbara Federickson. She found that college students with a positivity ratio above 3 were significantly more likely to have high mental and social health.” This quote is found on this website:

In Flourish Dr Seligman says don’t go all out with the positivity because  he says, “Life is a ship with sails and a rudder. Above 13:1, without a negative rudder, the positive sails flap aimlessly and you lose your credibility.” So if you super-duper positive all  of  the time people find you unbelievable and it is exhausting for everyone.

Barbara Frederickson  promotes her “broaden and build” theory in positive emotion.  Again, in Flourish, Seligman wrote about Frederickson’s work  saying, “Unlike the negative firefighting emotions, which identify, isolate, and combat external irritants, the positive emotions broaden and build abiding psychological resources we can call on later in life. So when we are engrossed in a conversation with our best friend, we are laying down social skills that we can call on and use for the rest of our lives. When a child feels joy in rough-and -tumble play, she is building motor coordination  that will serve her well in school sports. Positive emotion does much more than just feel pleasant; it is a neon sign that growth is under way, that psychological capital is accumulating.1

What a fascinating path to be on–one of gathering more and more psychological capital in your emotional life. The more we integrate positivity, the more it builds layers and layers of insulation against our negative emotions and experiences. Think of how valuable this pattern of living can be with your children–your example of positivity can bless them for the rest of their lives. My mother’s example of positivity has been a storehouse for me to draw on. Her best parenting advice to me was: “Say yes when you can because as parents our first reaction is usually “no”, because we are tired, or want to keep things simple. Say yes!”

In Flourish, Barbara Fredickson said her latest research shows that when her  team went into many businesses and wrote down every word in their meetings, that positivity and negativity will predict the successful outcomes of the companies. Her team has gone into 60 companies. One-third of the companies were prospering, one-third were doing  fair, and one-third were losing money. Frederickson and her team  coded each sentence for positive and negative  words and then they took a simple ratio  of positive to negative phrases, the ones with a 2.9:1 ratio are the companies that are successful.2

Dr. Seligman goes on to say that one of his students had a 16-year-old son.  His  student was at 1:1–positive:negative– with her son. Their relationship was struggling. She worked on starting their conversations with genuine praise and something light-hearted. She learned to pick her battles about driving, or grades or something she was going to criticize. When Dr. Seligman checked in with her a few years later, this former student said her son was 20 and things had turned around with him because of her understanding of the positivity ratio and how she changed her negative ratio to a positive one.

So you are asking yourself, “Can I increase my ratio?”

Absolutely! There are  many positive exercises to increase your positivity scale.

That was Barbara Frederickson’s research but also mentioned is a positivity range, of around 3 to 6. “Why is so much more positivity than negativity required to reach a state of flourishing?”3

From happierhuman.com, “Humans experience negativity much stronger than positivity. This tendency can be seen in many fields, from behavioral economics to psychology. Compare:

Upon seeing you, a friend compliments your appearance.

Upon seeing you, a friend insults your appearance.

As far as my own decision to change my mindset before I went downstairs to breakfast, it really worked that morning. The more I read about positive psychology and use it in my life, the more I see so many benefits. I am building that positivity capital! Dr. Seligman says mood is contagious and that morning it “contagious-ed”! Every time I thought  about our breakfast together, I felt so happy that I had made the decision to be more positive. Try it—it works!