I read an article in Meridian Magazine, an online LDS magazine,  a few months ago. A process was shown of how a  mother corrected her son in the most beautiful way. She had asked him to clean a bathroom and he walked off to do just as he had been told. She has trained her children to check in with her after they do the job they are assigned. She said in a couple of minutes he was out of the bathroom and walking around the house in a wandering kind of way. She said he didn’t check in with her and because he was done so quickly she felt like the bathroom wasn’t cleaned well. Nicholeen Peck goes on to say:

“Porter had done a dishonest chore. Like many children, he had determined that he could probably get away with doing the least amount of work possible and still say he had done the task. But, in his heart, he knew he didn’t do it right, and he didn’t even think to do his usual check back.’1

In their home when someone doesn’t do their chores well they have a consequence of 30 minutes of more work. Nicholeen Peck said Porter had no problem accepting the consequence. She wanted to make sure she got to the core issue, because she had noticed this might become a regular pattern with him,  so he could choose to be more honest in the future. After he accepted his consequence she called him to her.

“I was standing at the sink doing dishes when he arrived. “Yes, mom?” he asked as he stood beside me.’

(This is the part I love. Correction and accountability in such a loving way.)

“I looked into his eyes and into his heart and felt his goodness. To touch the right part of the heart, I know I have to feel it first. Each person has a part of his heart that wants to be good. Everyone wants to know they’re a good person, and have turned out well. That’s the part that will always hear the truth when it’s whispered to the person.”

I looked deeply into my son’s heart and said:

“Porter, a few minutes ago, when you were instructed to clean the bathroom, you did the least amount of work possible and then hoped no one would check up on your work or notice you hadn’t really done the chore…’

“He looked at me with a look that showed me he knew I understood his thoughts.’

“…You did not do the right thing. It’s wrong to slip by in your work. Doing a chore isn’t really about cleaning a bathroom. It’s about practicing doing good work. When you know how to do good work, you will be happy and successful in life. Go do the chore again. But, this time use it as practice for all the future work you will do as a man.’

“If I could have had a photo of the face he had at that moment, I would have framed it. It was so honest, so brave, so penitent, and so loving. My 13-year-old looked into my heart and said, “Okay, mom.” But, this time his “Okay” was filled with a deeper understanding of who he was, who he was becoming, who I was and how much we each loved and appreciated each other.’

“But, I’m careful not to over do the deep teaching moments, or they won’t stick out in his mind. If I were to go to this same level every time he needed an instruction or got corrected for something, then he would take my heart-felt teaching for granted.”

Very powerful. What is so meaningful to me is that she felt and projected her love for her son first, and then corrected him She didn’t shame him, or wield her power as a mother in a controlling way. When I make a mistake, I am grateful when whoever I have offended shows me a way to make it right, and then  forgives me. In the last few months, when I have had to have a difficult conversation with someone, I have reread the above paragraphs so my motive is in the right place and I can feel their part of the heart that wants to be good. I also had my husband read the above paragraphs before he had a talk with our son this week. It changed the whole tone of the conversation they had.

M. Catherine Thomas, one of my favorite LDS authors has written:

“One of the great and elusive secrets of the mortal probation, the one that has the power to remove most veils, yet the one that is hardest to accept and practice, is that selfless love has the greatest power to expand our consciousness, synchronizing us, as it does, with the energy of the Universe…”2 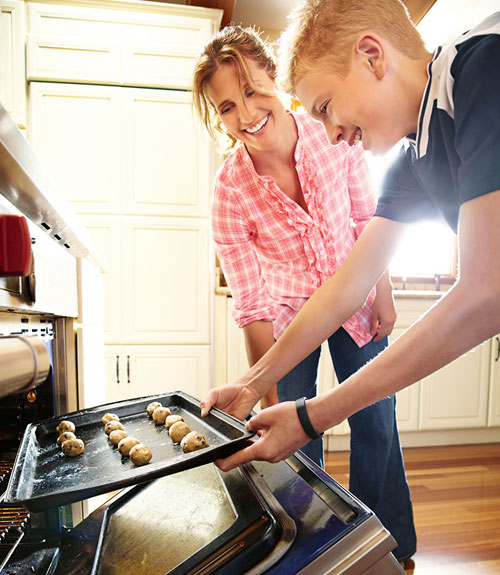 It is our stewardship to hold our children accountable. There are many, many ways we can do that. The above example really resonated with me, because it is what a loving parent would do. It was helpful to me in the past months to reread this when I needed a reminder:

“Each person has a part of his heart that wants to be good. Everyone wants to know they’re a good person, and have turned out well. That’s the part that will always hear the truth when it’s whispered to the person.”