My March Proactive Pursuit is planting David Austin Roses in my yard.  I know, I know, the month is half over and there isn’t much time but hear me out. These Roses deserve a capital  because they are the rockstars of the flower world. David Austin has saved heirloom roses and bred many more awardwinning, lush masterpieces. After perusing a David Austin catalogue you would want to spit on the dull, spiritless, processed  wannabes that show up at your local nursery, for the most part. I can’t be a Rose snob, because I haven’t actually succeeded in growing them in my yard, but I am well on my way. It is one of my brightest ambitions to put on a large brimmed hat and casually go out and snip a bouquetful for my dinner table. Was I born in the wrong century?

I actually was going to work on my 8 generational fan chart and tried all week to pull  the fan chart up on familysearch.com so I could finish it. Despite my best efforts, and even calling Familysearch and talking to a  helper, who became my new best friend– I am assigning the fan chart to a different month because I am going out-of-town on Monday and I have run out of time to finish, mat and frame it.

When I say the phrase, “David Austin Roses”, my husband shudders. Back when I was a more inexperienced gardener, when we were renovating our Spring City House, and I told you we hauled 25 loads of garbage from the acre to the dump, I went a little crazy planting bulbs, irises, and 25 David Austin Roses.  Bulbs and irises are hardy, Roses need water. Yes, well, we didn’t have a sprinkling system installed, which is death to any plants in Utah and those little bare root roses just shriveled up.  I would love to think that  in my mansion above that those sad, little sticks get a second life—all 25 of ’em. That even before I open my mansion door I will spend an hour or two in the outside realm, admiring the number of petals, the shape, the variegated colors and the divine smell that will come from all of  those roses.

“In the early 1950s David Austin set out to create a more beautiful rose. Sixty years on, this simple objective remains.

From a hobby breeder as a young teenager David Austin has gone on to breed a collection of roses renowned across the world.

Rose breeding is often described as being as much an art as a science.

All David Austin roses have a collective style and reflect one man’s vision. All have beautiful blooms and in most cases wonderful fragrance held on graceful attractive shrubs. A garden of these outstanding roses is hard to beat for sheer exuberance of flower and fragrance.

Today, David Austin Roses remains a family business. David Austin has been joined by his son David and his grandson, Richard.”

David Austin is a Rose Whisperer and I have admired his blooms for years.

When we moved into our “new” house in 2014, I ordered four David Austin “bareroot” roses—which means they are shipped with no dirt on them. They came and I put them in the bottom of my fridge until I could get to them and I finally pulled them out in the fall and they were too dried out to plant. I knew better, but it was such a busy year finishing up  our  remodel and so  I never focused on them. When I finally got them out of my fridge I thought sadly, “Strike two.” Would I ever have blooming  David Austin Roses in my yard?

This week my visiting teachers came and as they were leaving, La Dawn, who has many roses in her yard said, “The deer just eat my roses up.” “What?” I said, “Even with the thorns on them?” Another data point gathered!  I will have to move them from the sunny spot that I envisioned in the front. They will be in the gated  vegetable garden to keep them safe. Look at all of the help I am getting to finish off this learning packet of David Austin Roses!

I actually called in February and ordered 3 roses from davidausten.com.

A striking rose, as well as one of our hardiest and most reliable (Yay!)

Striking apricot-yellow, chalice-shaped blooms. Healthy with vigorous, bushy growth. Ideal for inexperienced gardeners.(Or people who have blown it twice before…)

“One of the most reliable and hardy roses in our collection – an ideal rose for the inexperienced gardener. It is highly resistant to disease and will bloom with unusual continuity throughout the season. The young buds are a rich orange-red that open to form chalice-shaped blooms, filled with loosely arranged petals.’

(Definition of chalice. 1 : a drinking cup : goblet; especially : the eucharistic cup. 2 : the cup-shaped interior of a flower. First Known Use: 14th century.)

“Each petal has a salmon pink upper side, which contrasts beautifully with the attractive golden yellow reverse. The flowers have a pleasant, warm Tea fragrance, with hints of spiced apple and cloves. It quickly forms a large, bushy shrub with slightly arching stems. The mid-green leaves have attractive, slightly bronzed tones when young.’ 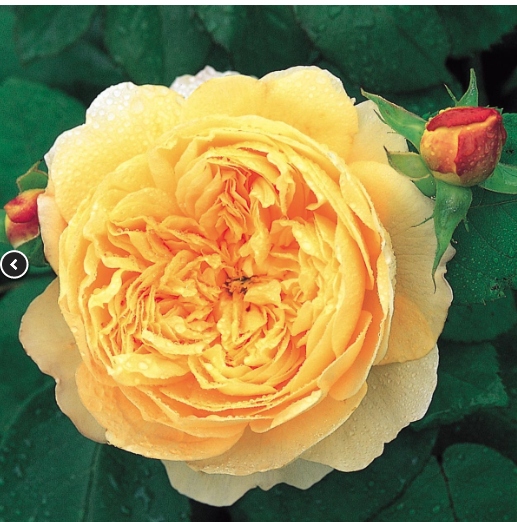 “The blooms of ‘Charles Darwin’ are some of the largest to be found in the English Roses and are on a par with ‘Abraham Darby’, ‘Brother Cadfael’ and ‘Golden Celebration’, creating a really impressive effect in the garden. The flowers are very full and rounded at first, later opening up to shallow cups, which often have button eyes. Their colour could be described as old gold at first, sometimes with lemony or sandy tints. The blooms gradually pale in colour, creating a delightful mix. There is a strong, delicious fragrance that varies between a soft, floral tea and almost pure lemon, according to weather conditions.”

Sign me up! Just the description of the smell sold me on this one. 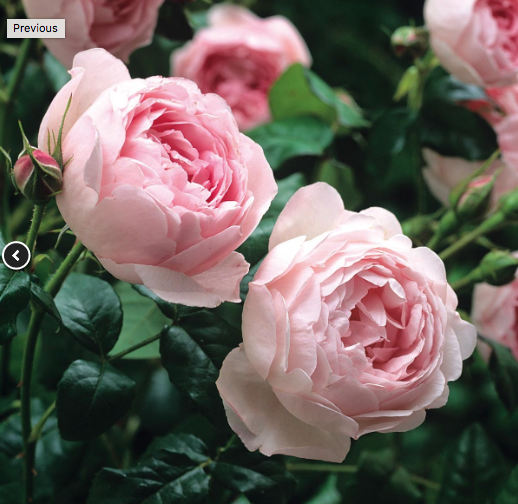 This pretty rose bears numerous, soft pink, cup-shaped flowers with clusters of yellow stamens. ( the part of a flower that produces pollen and is made up of an anther and a filament.) Powerful myrrh fragrance. Very healthy.

“This is a charming rose bearing numerous, cupped flowers, with a cluster of yellow stamens visible within the centre of each bloom. The colour is soft pink shading to a paler pink on the outer petals. It flowers freely and almost continuously throughout the summer. The blooms are held gracefully above the foliage. The leaves are similar in appearance to those normally found on a hybrid tea rose. The powerful fragrance is an outstanding example of the English myrrh note introduced with ‘Constance Spry’ back in 1961.”

When I called to order, the company said they don’t ship early until it is safe to plant without freezing. My roses are due to arrive on April 23rd. Okay! So–

With all of this experience and help I imagine, believe and trust that I will finally have David Austin Roses flourishing in my yard, filling my house with sublime scent and charming chalice shaped buds.

True, technically they aren’t being planted. But I will, I promise! Any more tips that would help me succeed?